Martin Wehling: "We are optimising the provision of pharmaceuticals using the FORTA algorithm"

The pharmacologist Dr Martin Wehling (Professor), Head of the Institute of Clinical Pharmacology at Heidelberg University Faculty of Medicine in Mannheim, has been involved in improving the provision of pharmaceuticals for many years. We spoke with him about the newly developed FORTA-EPI algorithm. Also present for the discussion: Andree Rabenberg, Manager of Business Intelligence & Data Warehouse Development at OptiMedis AG, who was involved in the development of the algorithm and is responsible for the evaluations.

Professor Wehling, together with OptiMedis you have developed an algorithm which evaluates the drug therapy of older patients. Why that, specifically?

Dr Martin Wehling (Professor), Head of the Institute of Clinical Pharmacology at Heidelberg University Faculty of Medicine in Mannheim. Photo: privateIt is enormously difficult for doctors to find the correct balance between over- and undersupply, especially if patients have multimorbidity (multiple long-term or chronic conditions) and need to take several medications at the same time. Risks such as serious side effects or interactions must be avoided while simultaneously opportunities, to prevent strokes for example, must be seized. Using the data-based algorithm FORTA-EPI, we can rate the provision of pharmaceuticals on the basis of the FORTA list (see below for an explanation) on a regional and practical level in relation to under- and oversupply. We are therefore able to show whether the recommended medication was prescribed for the documented diagnosis, whether drugs have been prescribed without the appropriate diagnosis, or whether drugs with a poor rather than a good rating have been prescribed for the same indication. The result of the evaluation is the so-called FORTA score.

Who can utilise the results?

The algorithm will be of particular interest to Association of Statutory Health Insurance (SHI) physicians, health insurance companies, networks of doctors or regional management companies, and scientific project groups can also benefit from it. Applied to the data of a region, you get an overview of the areas in which the algorithm has identified the greatest potential for improvement. Additionally, it is also possible to display the results by group of indications or doctor's practice. These are important prerequisites for optimising the supply of pharmaceuticals in a specific region and avoiding drug interactions and hospital stays.

Mr Rabenberg, which data do you use? 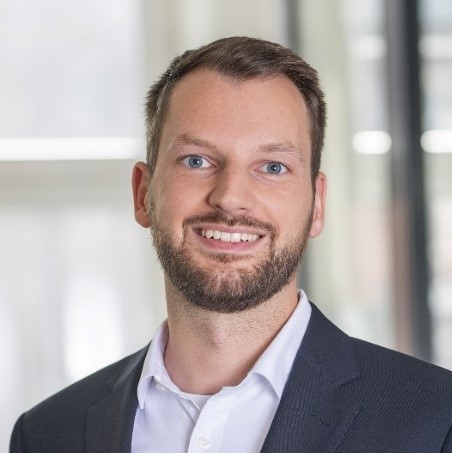 Andree Rabenberg, Manager of Business Intelligence & Data Warehouse Development at OptiMedis. Photo: OptiMedisIn principle, the basis can be formed of all source systems that contain enough information on diagnoses and the medications of patients. These include billing data from health insurance funds and insurance companies, outpatient medical billing data from practice management systems or from associations of SHI physicians.

Where has the algorithm been used previously?

We previously tested the algorithm in integrated care systems that OptiMedis is involved in. Using routine data, FORTA score values for 13,557 patients from age 65 could be calculated. In all test regions it was found that around one-third had been oversupplied with pharmaceuticals and two-thirds had been undersupplied. In the IV regions, an undersupply of suitable painkillers was identified most frequently and thus in about every tenth patient over 65 years of age, provided a corresponding diagnosis was available. The most common reason for oversupply was the documentation of proton pump inhibitors in patients who had no substantiated diagnosis such as a gastrointestinal disease.

Our next step is to roll out the algorithm in England, in conjunction with our joint venture OptiMedis-COBIC UK.

A personal, complete FORTA evaluation of a patient carried out manually is, naturally, more precise than one based on data. Further parameters not depicted in the data can be considered – e.g. a patient's sensitivity to pain or intolerances. On average, however, this takes ten to fifteen minutes, assuming the examiner has been trained in accordance with the FORTA principles. Our data-based algorithm can, however, support decisions, as potential problem areas can be identified and indicated more quickly. In the test regions pharmaceutical councils are already taking place regularly based on the FORTA recommendations, which will in future be supported by the data-based results of the algorithm.

Background: The FORTA classification (Fit fOR The Aged) developed by Dr Wehling (Professor) rates active ingredients in connection with age-relevant indications hierarchically from A (positive) to D (negative). The fundamental rule is that A-rated substances should or must be given first (necessary medications), then B-substances as additional or alternative medications. C-substances should only be used if all other more highly-rated alternatives have been exhausted and D-substances – with a few exceptions – should be avoided. The FORTA list was developed in conjunction with more than 25 experts. The latest version (published in 2019) contains 296 evaluations of drugs/drugs groups for 30 age-relevant diagnoses. The use of the FORTA list was clinically successful in a randomised endpoint trial (VALFORTA) and was relatively easy and efficient to convey as a learning tool.

Read more about the FORTA-EPI algorithm in the article The FORTA (Fit for the Aged) – EPI (Epidemiological) Algorithm: Application of an Information Technology Tool for the Epidemiological Assessment of Drug Treatment in Older People.