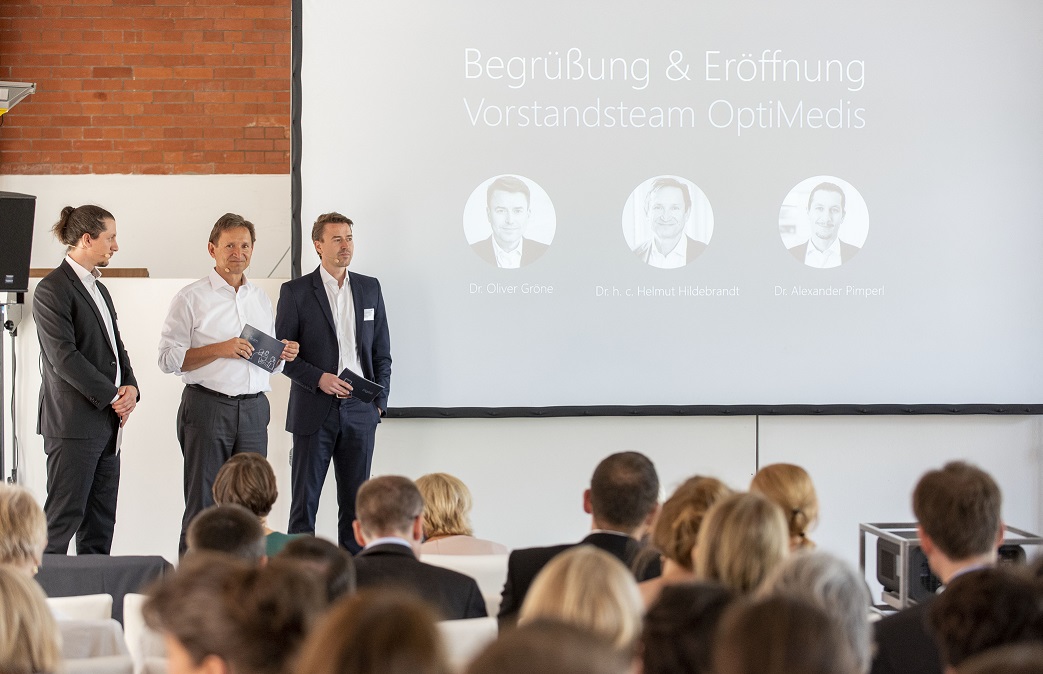 The executive board at OptiMedis welcoming the conference.Developing solutions and driving change in conjunction with practitioners of the present and the future - that was the idea behind the interactive Future Tones Conference held on the 29th of June 2018, entitled "Human. As a team. Digital. How do we want to work in the future?" (to the programme). In collaboration with the Hamburg Network for Health Care Research (Hamburger Netzwerk für Versorgungsforschung, or HAM-NET for short), the guests invited by OptiMedis to the special format include: doctors and MFA, nursing staff, scientists, patient and health insurance representatives, as well as medical students and other specialist groups who will be responsible for the future of health care. In his welcoming address, Dr h. c. Helmut Hildebrandt said: "We want to discuss our utopias, our desires for a combination of health promotion and health care. We want to develop our own solution; for ourselves as agents in the healthcare system, but also as today's patients in the system - or as patients in the coming years." 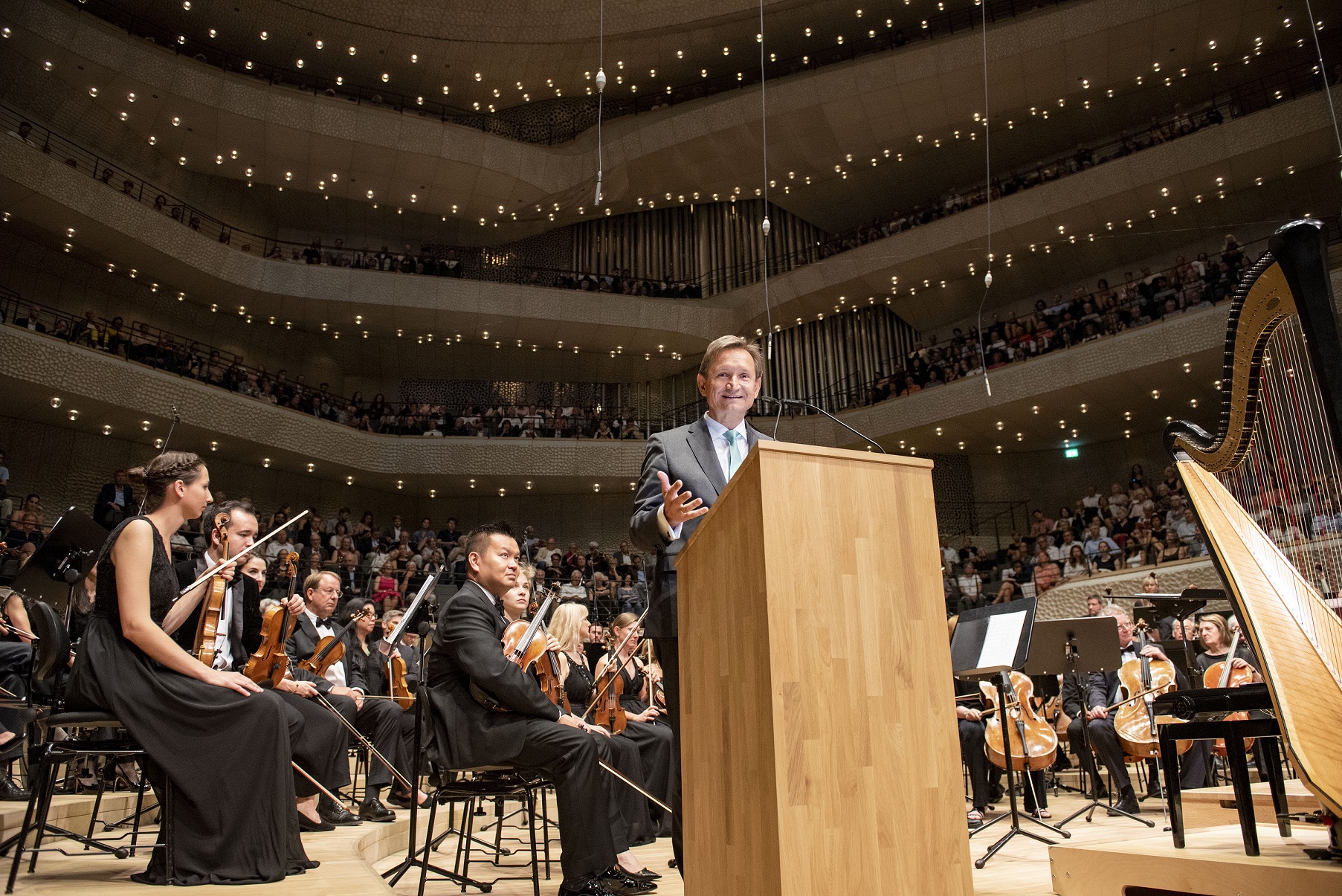 Dr h. c. Helmut Hildebrandt thanked all friends and partners for their generous donations before the benefit concert began.The day began with a fantastic event that generated great enthusiasm and excitement: Almost everyone participating in the conference came to the benefit concert being staged by the World Doctors Orchestra, composed of around 100 doctors from different nations, in the Elbphilharmonie concert hall. OptiMedis had already reserved a large contingent of tickets for the immediately sold-out concert in advance. This was done in order to give its partners the opportunity to participate in the event, and at the same time to donate to the Kroschke Children's Foundation and the "Heart Bridge" project that is run by the Albertinen Foundation in Hamburg. As the representative of "OptiMedis and friends", Helmut Hildebrandt had the opportunity to say a few words to the audience.

Paradigm shift overdue: focus on health instead of disease 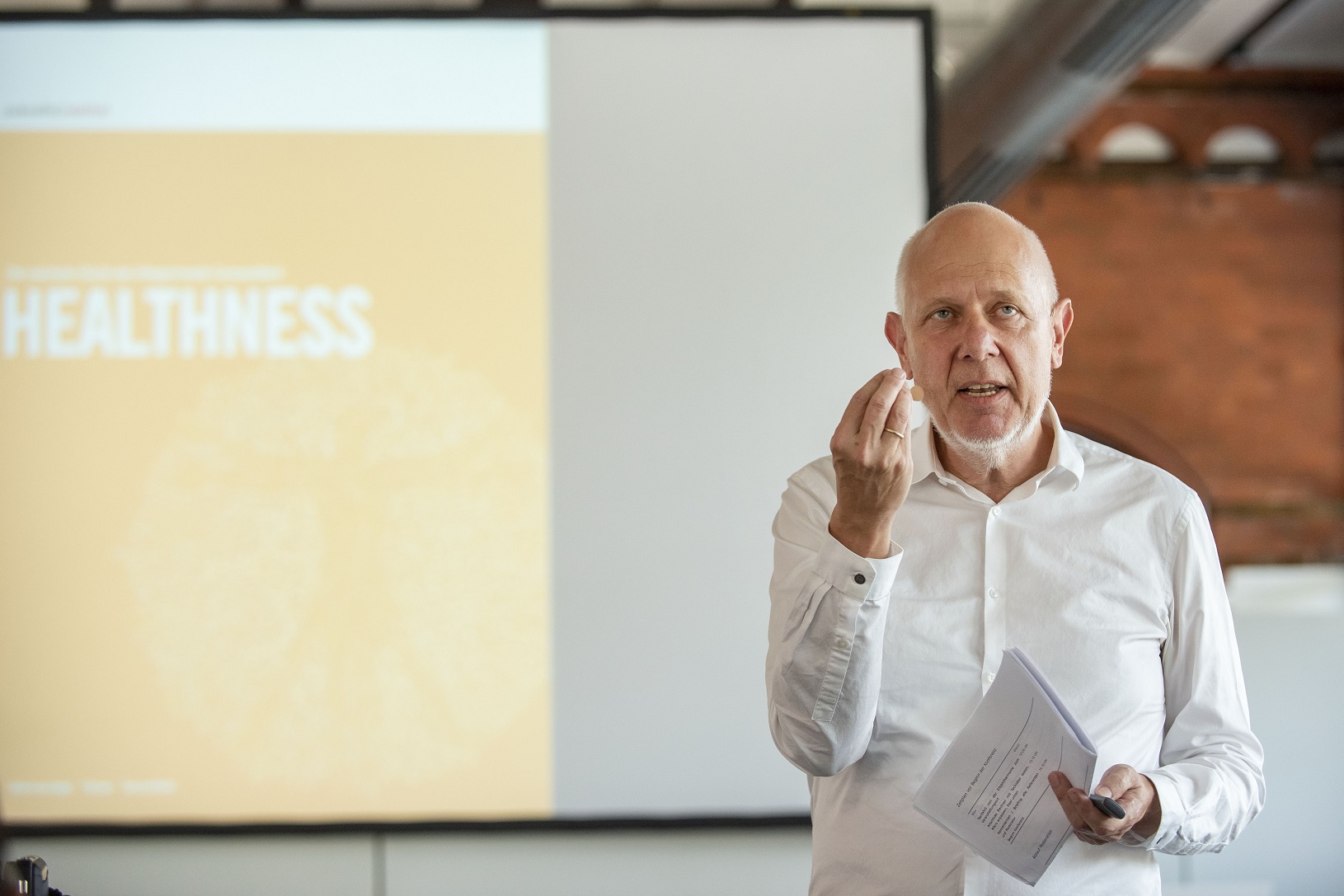 Futurologist Matthias Horx moderated the event after a keynote speech. Photos: Bente StachowskeAfter the welcoming speech, the conference started with a keynote that was delivered by the well-known futurologist Matthias Horx, who also moderated. He explained, among other things, that health today is much more than just the absence of illness. Loneliness in particular is an underestimated factor in today's world, according to Horx: "Human isolation leads to a whole cascade of problems that have an influence on health". For the future health care system, it is important to also consider adjacent systems, such as the working environment or educational issues. This is because every system is linked to other systems.

The audience was then able to vote in an online survey about which causes have the greatest influence on today's healthcare system, being focused so much on illness and so little on health. From the point of view of many, the decisive factor in this matter is that the focus of remuneration is on performance and not on results. That the influence of commercial interests on healthcare plays a major role. And that constant time pressure is a problem.